Building on past research the vision is to create new technological capabilities and training programs for astronaut crews to prepare them for situations in which anesthesia will be required for medical procedures in space, on future planetary surfaces ,such as, the Lunar and Martian bases stations. The new discoveries and capabilities are applicable for teams and personnel living and working in extreme isolated, remote environments on Earth, such as, polar regions (Antarctic and Artic), deep sea explorations and high altitude expeditions.

In early January 2014, a simulation scenario of a medical emergency situation at an extraterrestrial Martian colony was conducted. The members of MarsCrew134 analog astronauts (led by Medical Crew Officer, Dr Susan Jewell) and Crew133 (led by Medical Crew Officer Dr Matthieu Korowmoski)  at the Mars Desert Research Station, MDRS, and medical team, Drs Ceraolo and Andrian Golemis (medical team sponsored by ESA Concordia Station in Antarctica) had the opportunity to participate and collaborate  in various training sessions with anesthesiologists, surgeons and space medicine physicians  through a delayed video feed (to simulate the distance from Earth to Mars). The intent was to simulate remote assistance for anesthesia and surgical procedures beyond that of the Crew’s immediate training. 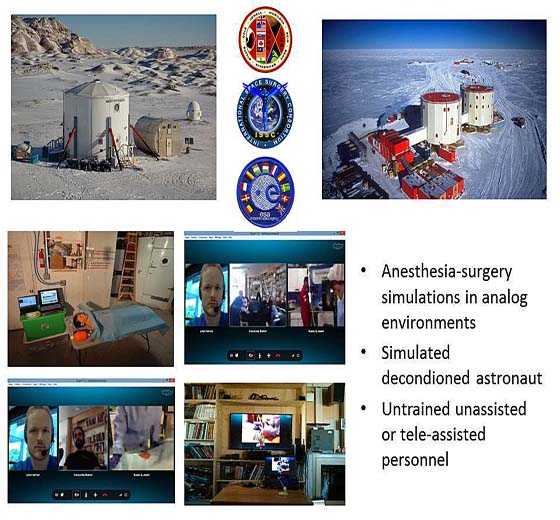 The optimized version of the Google 3D VR googles, Google XG, will be used and tested in the upcoming study. 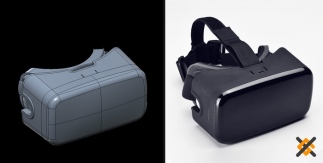 SSI will develop the capabilities, improve state-of-the-art in tele-anesthesia protocols and procedures, and address the current limiting factors and challenges, such as tele-communication delay, non-medically trained crews, learning and retention of knowledge and skill sets, and technical issues facing long-duration deep space human missions to Moon, Mars and beyond.